Thoughts about the recent discovery of unmarked graves of native children at a former boarding school in Canada by intern Rose Hamid an Anishinaabekwe and member of the Pillager band of the White Earth Nation.

More than 1,000 unmarked graves have recently been discovered at sites of former residential schools for Indigenous children in Canada.  Additional unmarked graves were also discovered in Pennsylvania in the US. Residential schools for Indigenous children date back to the 1860s. Thousands of Native American children were removed from their homes, taken away from their families and forced into boarding schools operated by the government and the Catholic church in both the US and Canada. These children were stripped of their families, language and traditions. Many of these children were neglected, beaten and abused by their caretakers. It is believed that around 40,000 children have died in relation to these institutions. Records and documents from these schools are being investigated to try and identify some of the dead. 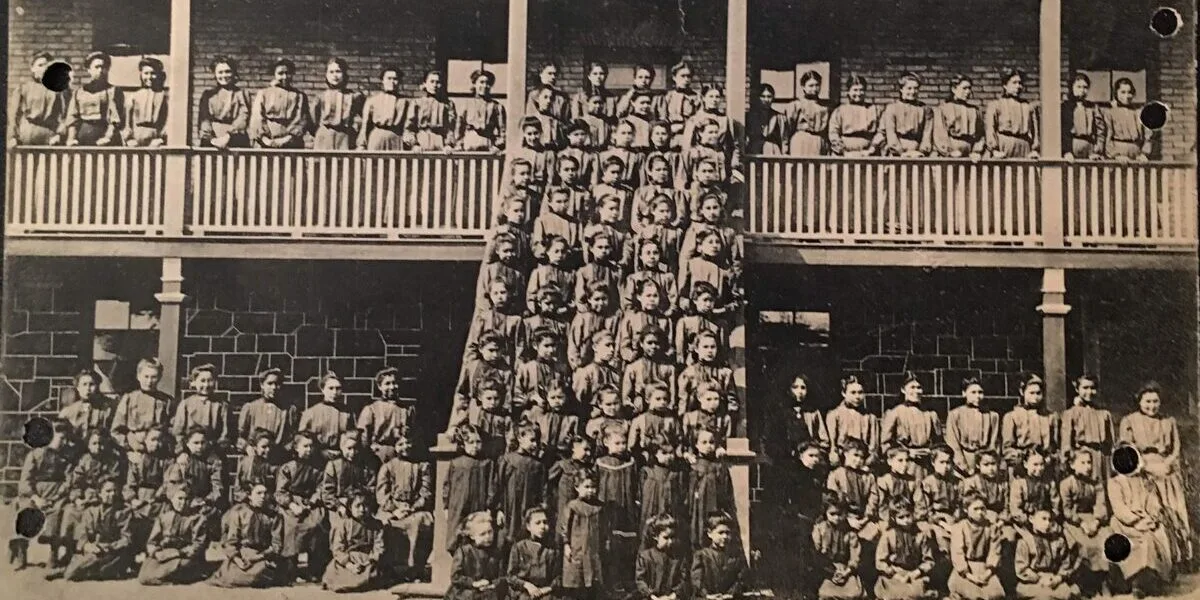 The uncovering of these unmarked graves has really struck the Native community hard. It is bringing to the surface trauma that has never been allowed to heal. So far nine sets of remains  in small coffins were driven to Sioux City, Iowa from the Carlisle Indian Industrial School in Pennsylvania. These remains are only a small portion of the deaths that have occurred in this school and others like it in the US.  The native community has been spreading more awareness about this tragedy by gathering as many families, relatives and tribal members as possible for memorials.

I personally think that it’s very heart breaking to find that so many people are shocked these occurrences have taken place because it’s been known in the native community for so long, but just never spoken about. It’s really awful that finding these unmarked graves was the only way that this injustice was able to grab the attention it deserves and should have received a long time ago. More needs to be done to get justice for these children, their families and the native community at large.