The Yazidis pray for others before they pray for themselves”  -Debbie Rose, Project Abraham, a non-profit organization dedicated to providing support to victims of persecution.

“While kidnapping, slavery, and sexual violence are not uncommon features in conflicts, the scale and structural elements of the Islamic State’s slavery economy is new. The breadth at which slavery and sexual violence spread across the occupied territory in Iraq and Syria for years is staggering, as well as the depth in which these crimes permeated into the socio-economic culture of the organisation and even the families in the Islamic State—including foreign fighters.”

–Report by  I.C.C.T – International Center for Counter-Terrorism, The Hague

On August 3, 2014 in the Northern Iraq town of Sinjar over 6,000 Yazidi women and children were kidnapped by members of the terrorist organization DAESH or ISIS. Many older women, men and boys were killed on the spot. Younger women and children were processed and taken across the border to DAESH controlled sites, including slave markets, training and indoctrination centers. Today over 3,000 women and girls are still missing.

This week, in observance of the Yazidi genocide, I talked to two Canadian women for whom the plight of Yazidi survivors is central to their lives: Debbie Rose, Founder of the charity Project Abraham, and Souriya Naso, a Yazidi who was born in Syria when her parents were refugees from the Iraq war. Yazidis are an ancient and peaceful monotheistic people, indigenous to parts of Northern Iraq, Syria, Kurdistan and Turkey. Tragically, they are considered to be infidels by extremist Islamist neighbors due to their worship of a non Abrahamic God.

Project Abraham was founded by Debbie Rose and has helped several hundred Yazidi women and children who were victims of ISIS and their slavery economy reach safety in Canada. One of the more shocking parts of our conversation concerned the level of trauma experienced by Yazidi refugees: simply, the worst Canadian experts have ever encountered. Project Abraham is helping devise ways to assist this most traumatized group have some semblance of a future in Canada.

It is hard to grapple with the idea that a slavery economy is funding a terrorist organization in the 21st century, but research by the ICCT at The Hague confirms the extent to which the Yazidis have been targeted, enslaved and monetized. The average time from kidnapping to processing is 72 hours: this is systemic genocide and exploitation,  in its intention it is as vile as the work of the Nazis if not as prolific. The world should be outraged. Few are. 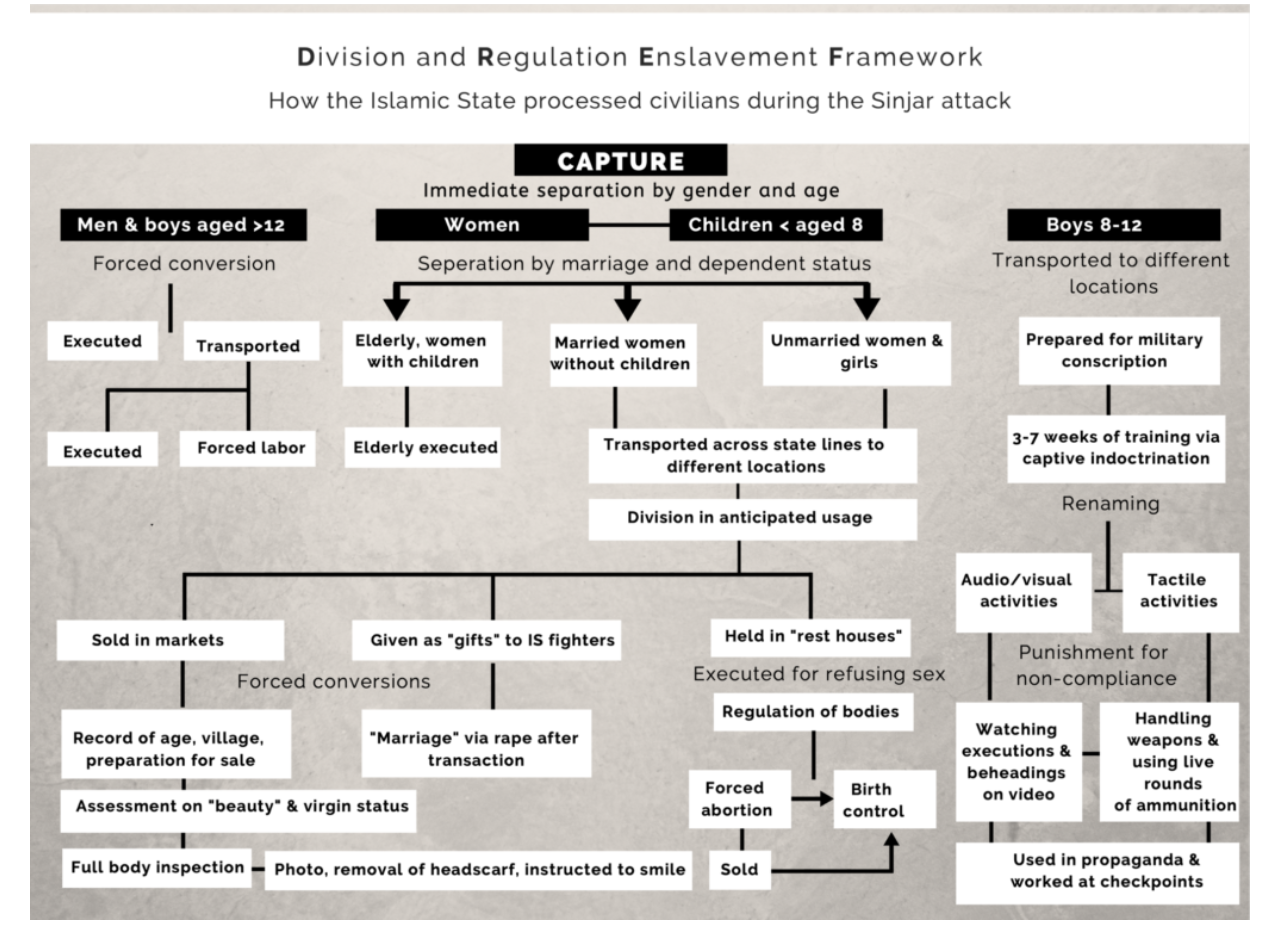 Today Nadia Murad is the world’s most famous Yazidi. She was kidnapped by ISIS in 2014, tortured, raped and sold at a slave market in the city of Mosul. She told her story in the memoir The Last Girl: My Story of Captivity, and My Fight Against the Islamic State and in the award-winning film On Her Shoulders. She won the Nobel Peace Prize in 2017.

And yet, these “triumphs” are hardly a solution to her plight as Debbie and Souriya made clear in our talk.

The United Nations and its member nations have an obligation to fight genocide, but no appetite to do so. And thus, the little-known Yazidi people; once 25 million strong and now reduced to less than one million, depend on the efforts of small not for profits like Project Abraham and Nadia’s Initiative to help the survivors of this genocide.

At 3 Generations we consider this genocide to be the exemplar of all the evils we exist to document and end: a genocide that is systematic, that uses the economic engine of sex slavery, that targets a specific ethnic group, that uses sexual violence, that seeks to obliterate an entire culture. We have filmed several women and their children who had survived ISIS kidnapping and slave markets and escaped to safety: here is a clip from one.

You can find Lamiya’s full story and more videos on our website. Please consider supporting this important work in any of these ways: share this post, watch our videos, commemorate the Yazidi genocide, tell your friends, families and communities about this atrocity and, of course, if you are able please support the small not for profits like Project Abraham and 3 Generations who are keeping this story alive.