Shouldn’t every human being have equal rights? And why would anyone want to silo those rights?  3 Generations covers a range of social justice issues, and we are never surprised when they cross-pollinate – indeed they almost always do. We can talk about sex trafficking and genocide in the same breath (and have done so for years) because we know where there is genocide, girls and boys are being sexually exploited by genocidaires. So it follows naturally that when we explore veterans rights, we will inevitably find ourselves exploring transgender rights too. Our new short documentary, GO DEBBIE, tells the story of a Vietnam veteran who recently transitioned to her true self as a woman, with help from the VA. We were honored that Debbie shared her story with us, and did so with candor and humor. We are proud of the resulting film.

We were disheartened to get some of the most negative feedback we have ever received at 3 Generations on one of our regular fundraising platforms. Some donors felt that transgender rights do not qualify as veteran rights, suggesting that we should not honor veterans and talk about transgender rights in the same conversation. This, despite the fact that there are over 150,000 transgender veterans in this country and close to 15,000 currently serving in the military. We do not agree. But we were not surprised, given the rhetoric against the trans community playing out in the 2018 midterm elections. 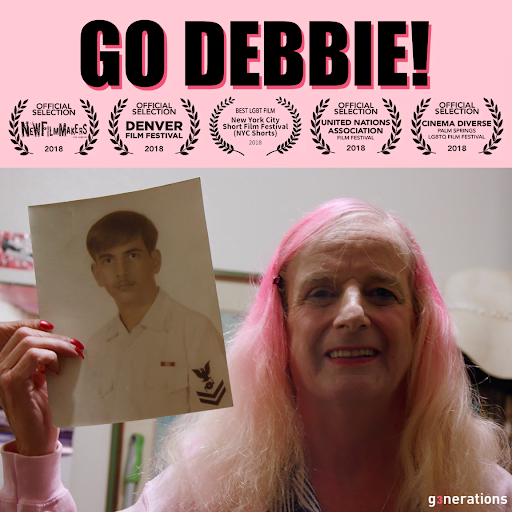 Vermont Democrat and gubernatorial candidate, Christine Hallquist, made election history as the first transgender woman to win a major party primary race for governor. She has reported receiving a steady stream of death threats, as well as personal attacks, since her candidacy began to draw national and international attention. Hallquist has said “early on when our team assembled I said ‘the more successful we are, the more vitriol and threats we are going to receive’ – it’s kind of a natural outcome of our divided country.”

Divided or not, all occupations in this country should be open to any qualified person. Fighting discrimination and advocating for equal human rights is the work of 3 Generations. If that work challenges some of our donors then we know we are still have more to accomplish. The critiquing of GO DEBBIE has actually invigorated us. It underscores how silenced transgender men and women in the military have been. “I thought this (3 Generations’ program Valuing Our Veterans) was only about veterans”, one donor wrote. It is, and in this case that veteran was a transgender woman who served in Vietnam.

Last week we received a message from Debbie herself: “I hope my film will be part of the fight that is sure to be generated by Trump declaring that I do not exist”. And so here we are, facing the 2018 midterm elections, finding ourselves at the vanguard of the fight for transgender rights.

We are proud to support and work alongside activists like Debbie Brady, Go Debbie.